Last week began with President Trump being helicoptered back to the White House, after his discharge from hospital on Monday. After contracting COVID-19, the president spent just a few days in hospital before returning to work – attracting criticism for potentially doing so while still contagious. It’s hard to say what the impact has been, or will be, on the election result, but as the week ended there were signs that Joe Biden was pulling ahead.

Many observers are now predicting that Biden is a firm favourite to win the White House. FiveThirtyEight, a poll aggregator, put his chances at more than 86%. The probability of a ‘clean sweep’ (in which Democrats win both houses of Congress) has also increased – with some putting the likelihood at more than 60%.

Stock markets aren’t too downbeat about the prospect of a Biden victory, despite his promise to increase taxes. That’s partly because he’s also committed to a meatier set of coronavirus relief measures than the incumbent, suggests Mark Dowding of BlueBay Asset Management, co-manager of the St. James’s Place Strategic Income fund.

“Ordinarily, the threat of a Democratic ‘blue wave’ might weigh on risk appetite, but we don’t feel this is evident in 2020. When Trump was elected in 2016, it is estimated that the implied policy shift relative to Obama lifted stocks by approximately 10% thanks to the promise of lower taxes. Consequently, the threat of higher taxes under Biden might usually be extrapolated to suggest a 10% reversal; however, in the shorter to intermediate term, the fear of higher taxes to come is being offset by the promise of higher government spending in the year ahead.”

The stalemate in Washington surrounding the next set of economic stimulus measures has been a drag on markets recently. Despite both parties agreeing on the need for further measures, and despite pressure from leading figures such as the chair of the Federal Reserve, a deal hasn’t been agreed. Last week saw ups and downs in US stock markets as hopes of a deal rose and fell.

Meanwhile, in the UK, figures were released last week showing that the economy grew less than expected in August. GDP only increased 2.1% from July, which led to fears that the economic recovery is slowing down. “The government must stand ready to help firms navigate a difficult winter,” urged Suren Thiru, Head of Economics at the British Chambers of Commerce.

Rishi Sunak is now in a tricky position. The chancellor had begun the week with a pledge to “balance the books” during his speech to Conservative Party members, stressing the need to control national debt and spending. However, on Friday he announced a new local furlough scheme for workers in pubs, restaurants and other venues that are likely to face closure in the future.

Press reports suggested that last week’s Brexit trade talks have focused onto what seems to be the final sticking point: fisheries. Negotiators are trying to find a compromise ahead of a summit in Brussels this week, but although there is renewed faith that a deal is possible, it’s not done yet. It’s no secret that the political turmoil since the referendum result has made investors cautious about the UK. But, when viewed with a long-term investment horizon, it’s important to look beyond the headlines and focus on the fundamentals.

“I look at a lot of these headwinds for the UK and believe that a lot of them have the potential to abate over the next 12-18 months,” suggested Nick Kirrage from Schroders, manager of the St. James’s Place Managed Growth fund.

He adds: “People could perhaps look at some of these [UK] businesses, and the market itself, and ask if there is actually anything particularly structurally broken about the UK market, about business generation, about GDP growth, that means that it can’t do a bit better than it has? And I don’t see those impediments. So, I actually think that there’s a very, very low expectation bar built into the UK at the moment. And low expectations, and low valuations, we like.”

Finally, China’s markets reopened last week after a holiday. The country’s currency, the renminbi, rose against the dollar, and its CSI 300 Idex of stocks in Shanghai and Shenzhen closed higher on Friday. The country has managed to control the spread of COVID-19 quite well and has also enjoyed a better economic recovery than most. In the rest of the world, the picture is still mixed.

Two recent papers have highlighted some common risks facing pensions savers. The first, from the Financial Conduct Authority, reported that retirees are drawing more from their pension pots earlier on. Four in ten people who made regular withdrawals from their pension last year took more than 8%, it says1.

The second, by Aegon, finds that half of UK retirees surveyed had stopped working earlier than expected, whether due to job losses, poor health or other reasons2. Missing out on just a few years of saving, and being forced to draw down from a pension pot too early, or at too high a rate, raises the risk of running out of retirement income later in life.

“The way to retire early is to spend significantly less than you earn, save as much as you can and invest that money. Over 20 years you can create that financial independence – you’ve taught yourself to live off half your income, so you’ll need less in retirement,” says Rob Gardner, Director of Investments at St. James’s Place.

People saving for retirement will have been heartened to learn last week’s news about pension tax relief. HMRC has ruled out a review into the relief, which cost the Exchequer £38 billion in 2018/193, and has for a long time been seen as a cost-saving target for the government.

Savers can take some comfort from the news, says Claire Trott, Head of Pensions Strategy at St. James’s Place, adding: “However, changes are not something that we can rule out entirely due to the debts the government will need to repay in the future, and the large cost of tax relief.”

The relationships between people and their employers are becoming more short-term, and the idea of a “job for life” is now a rarity among younger workers. COVID-19 might be accelerating this trend, because it’s leading to more people working from home, and, unfortunately, higher unemployment. The challenge of managing multiple pension pots may be more common in the future. 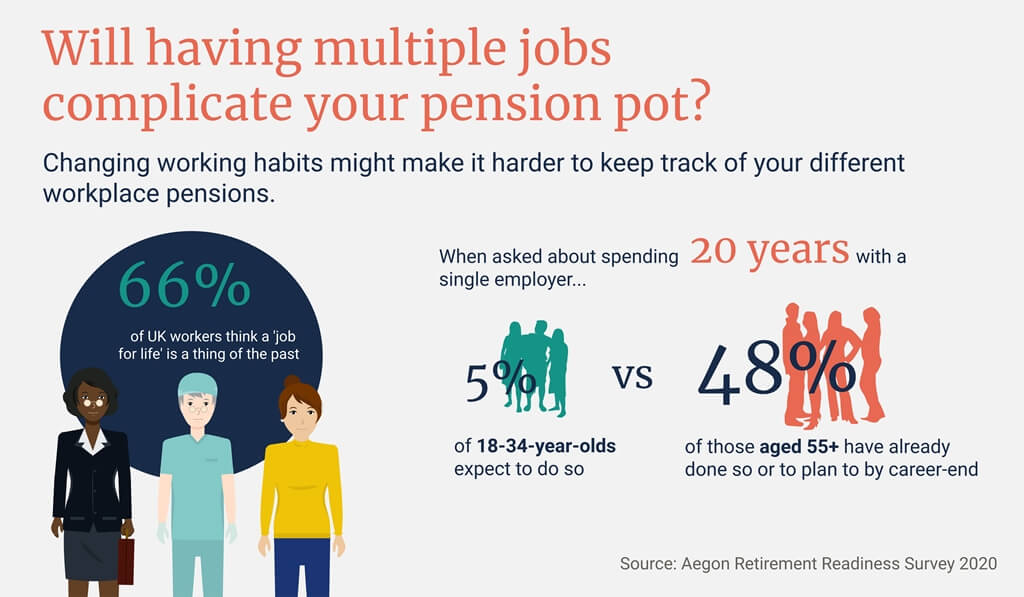 We look at the world once, in childhood. The rest is memory.
Louise Glück, who won The Nobel Prize in Literature last week.