There was a sharp escalation of no-deal Brexit rhetoric on Friday, after the prime minister said the UK should get ready to end its transition period at the end of the year without a trade deal. Using pointed language, he said the discussions are over unless the EU shifts its negotiating stance. However, markets were steady after the news, suggesting that investors are either unphased by the prospect, or suspect it to be an eleventh-hour bluff.

In the US, there was also little progress on the fiscal stimulus bill that is being battled over by Democrats and Republicans. Treasury Secretary Steve Mnuchin said on Wednesday that the two sides were still “far apart” on key issues. Hopes are dwindling that a deal will be agreed before the election on 3 November, despite both sides agreeing on its importance. Over the weekend, Nancy Pelosi said the deal must be agreed within 48 hours if it is to stand a chance of passing before the election. Meanwhile, polling data continues to point towards a comfortable win for the challenger, Joe Biden.

US stocks began the week well, led by large technology companies. One of those was Apple, which unveiled its new iPhone 12 on Tuesday, and excited industry observers in the process. The new phone is its first to work on faster 5G networks. This is expected to lead to lots of customer upgrades, as well as the advancement of 5G technology more broadly.

“The launch was particularly interesting for many reasons beyond the integration of 5G technology,” says Mark Baribeau from Jennison, co-managers of the St. James’s Place Balanced Managed fund.

“Most notably, the US carriers [mobile network providers] are very much on board to help drive a powerful 5G upgrade cycle, as evidenced by increased carrier subsidies and even the presence of the Verizon CEO – the last time a carrier CEO appeared at an Apple launch event was the unveiling of the original iPhone!”

He adds: “Apple’s stock has enjoyed a powerful move this year partly based on the growing anticipation of a 5G supercycle. However, looking forwards, a powerful upgrade cycle in iPhones and Apple’s earnings could support the higher multiples the stock now trades upon.”

COVID-19 cases
While large technology companies are thriving throughout the pandemic, the overall health of the world economy is much more mixed. Last week, the International Monetary Fund urged governments around the world not to end their relief packages too early, also warning that the pandemic is likely to cause “lasting damage” to living standards around the world.

The world is eagerly awaiting an acceptable vaccine for the virus. So, hopes rose and fell last week as various trials progressed or hit roadblocks. While Johnson & Johnson paused its trials after a participant fell ill, a joint effort between Pfizer and BioNTech said it would apply for emergency use authorization of its vaccine if it receives positive data from its late-stage human trials.

In the meantime, case numbers continue to threaten economies around the world. Local restrictions were implemented in several parts of the UK last week, as it entered a tiered COVID-19 alert system due to rising numbers of cases. Similarly, a 9pm-6am curfew was imposed on Parisians last week, as well as residents of other major French cities. European stocks dropped on Thursday, but they recovered some of those losses by the end of the week.

While the picture is gloomy in parts of Europe, it’s markedly different in China, where the country’s economy has rebounded successfully. China raised around $6 billion through bond sales last week, which were sold for the first time to a wide pool of US investors, in a sign that international markets have faith in its continued recovery.

The certainty of uncertainty
This year has provided another stark illustration that uncertainty is part and parcel of investing. The US election, Brexit deadlines and, most significantly, the ongoing threat of COVID-19, provide scope for more worrying headlines to dent investor confidence in the weeks to come. But the lack of investor consensus on the future also creates opportunity, says Geoff MacDonald, portfolio manager at EdgePoint, which co-manages global funds for St. James’s Place.

“The reality is that an investor needs the discomfort of uncertainty. There’s serenity to investing when one realizes this fact. Uncertainty allows you to have a view about a business that others don’t,” says MacDonald.

He adds: “If there was perfect certainty, others would share your views. But, if everyone shared your views, there would be no undervalued securities to buy. You’d have no positive surprises and no positive outcomes – just the risk-free rate of return. So, in the world of investing, don’t ever crave certainty as it won’t get you very far.”

Tax rises are on the horizon, according to the Institute for Fiscal Studies (IFS). Last week, the think-tank said the UK faces tax rises worth £40 billion a year by the middle of this decade in order to stop its debt costs spiralling after spending heavily to deal with the pandemic.

A hike in Capital Gains Tax is still thought likely to be in the government’s crosshairs as a revenue-raiser. If so, it’s one more reason to make the most of pension and ISA tax wrappers that shelter any future gains from further tax liability. Recent news that a review of tax relief on pension contributions is off the table for now has also underlined the importance of using these valuable annual allowances to get the most from our savings.

For pension savers, now is a great time to consider any available unused allowances in good time before the end of the tax year, says Claire Trott, Head of Pensions Strategy at St. James’s Place. Earlier this month saw the deadline pass for issuing pensions savings statements to savers (for contributions in excess of £40,000) that confirm the amount of contributions paid into a scheme during the last tax year. That’s a good basis for assessing unused allowances that could be utilised in this tax year.

“Every year we see clients leaving paying contributions to the last minute, but for those taking advice there is no need in most cases to leave it that late. The hassle of trying to ensure contributions are paid at the right time, and allocated correctly, is a worry that can usually be easily avoided.”

The value of an investment with St. James’s Place will be directly linked to the performance of the funds you select, and the value can therefore go down as well as up. You may get back less than you invested.

The favourable tax treatment given to ISAs may not be maintained in the future as they are subject to changes in legislation.

The world will watch next month’s US Presidential election with interest. In most major European countries, people are hoping for a Biden victory. And recent polling suggests that most people in the Asia-Pacific region would also like to see Biden win the contest. However, in Taiwan people favour the incumbent. This might be because people there expect his anti-China rhetoric to translate into support for the island if tensions with China increase. 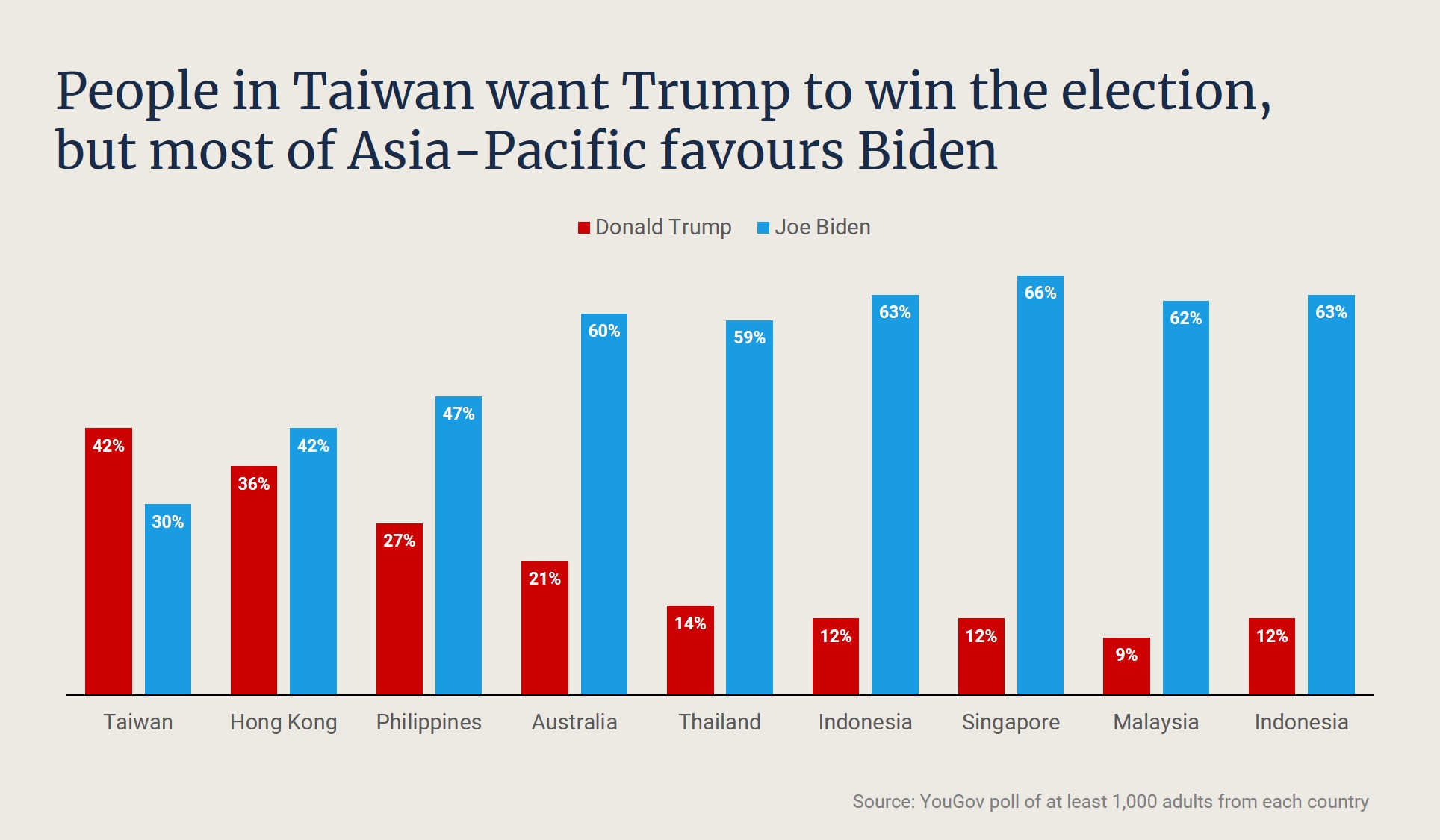 “Elections aren’t always great at bringing people together, but they also don’t need to tear one another apart.”

EdgePoint and Jennison are fund managers for St. James’s Place.