US stocks rallied on Friday, after a volatile week that saw technology shares fall again. Although the S&P 500 index of large US companies was up for the week, the tech-heavy Nasdaq index was down for the third week in a row.

Many technology shares have performed poorly in the past few weeks. This is because markets are assessing what the world economy will look like once COVID-19 is on the retreat. The consensus seems to be that economies will bounce back quickly, bringing with them the potential for higher inflation. News that the US economy created more jobs than expected in February added support to that theory last week.

The prospect of strong economic growth around the corner has made so-called ‘value’ stocks more appealing relative to their fast-growing counterparts. Some investors believe that ‘value’ investments are set to enjoy their time in the sun after several years in which high-growth companies such as Tesla have taken the limelight.

More particularly, market movements are related to how inflation expectations have driven up the yield of US Treasury bonds in recent weeks. Treasury bonds (US government debt) have a knock-on effect on the prices of many kinds of financial assets. As Treasury yields rise, investors earn more interest for owning them, which puts pressure on the prices of other sorts of investments, such as equities.

Yields are still very low compared to their historical standards – the headlines this week focused on an increase to over 1.5% on the 10-year Treasury note, whereas it was at 2.6% two years ago, and around 5% 20 years ago. But the speed of the increase this year seems to have unsettled some investors.

Even with the recent pullback in some parts of the market, major US stocks remain near the all-time highs that they reached earlier in the year. But investors appeared to be looking for a signal from the Federal Reserve that it will continue supporting asset prices. The central bank has done this over the past 12 months in various ways, such as by keeping interest rates low and by buying bonds. Fed chair Jerome Powell gave a speech on Thursday in which he said it would keep supporting markets. However, investors appear to have been after a more forceful commitment, because after Powell finished his speech Treasury yields continued their climb.

Since the pandemic took hold last year, bond yields and interest rates have been low, and other parts of the market, like technology shares, have seen valuations skyrocket. The recent changes could therefore be part of a self-corrective pattern, said Mark Dowding of BlueBay Asset Management, co-manager of the St. James’s Place Strategic Income fund.

“It makes sense for markets to be held in some suspended animation after a period where we have witnessed some pretty substantial moves. However, this won’t last forever and, ultimately, underlying fundamentals will come to the fore,” added Dowding.

In the UK, the Budget announcement was the biggest news of the week (see Wealth Check below). The chancellor announced a ‘spend now, tax later’ set of proposals, in which he set out how the UK will begin restoring its public finances once the worst effects of the pandemic are behind us.

The ’tax later’ element of the proposals mean that the UK market will have time to recover – with expected benefits for stocks that are most sensitive to the heath of the economy, suggested Nick Purves from RWC, which manages funds for St. James’s Place.

“As far as the UK market goes, this will continue to support the reflationary narrative which began in November and has seen the share prices of cyclical stocks such as energy, materials and financials rise significantly more than defensive sectors such as consumer staples and technology,” he added.

The news is probably a slight negative for the prospect of UK equities, although this should be seen in the context of how undervalued they are at the moment, according to Azad Zangana, Senior European Economist & Strategist at Schroders, a fund manager for St. James’s Place.

“Purely on the back of the tax increases, the Budget would lead to a bit of a downgrade to the outlook for UK equities. But UK equities are relatively cheap now, relative to their own history and to the other markets. Looking at standard measurements of value, the UK market is still looking quite attractive,” he added.

Rory Bateman, Head of Equities at Schroders, agreed that after a difficult period there are opportunities ahead for UK companies.

“We should recognise that British companies have faced unprecedented difficulties over the last year, and we continue to see excellent opportunities for investment. Increased activity in the IPO market and companies coming to market for equity capital is a sign of confidence about the future growth prospects ahead.”

As the dust settles on last week’s Budget, the impact of Chancellor Sunak’s ‘spend now, tax later’ plan has become clear. Taxes will rise to their highest level in many decades. Companies will bear the brunt of the increase through the hike in Corporation Tax, and from 2022 individuals and families will also find their tax burdens have increased as the freeze on various tax allowances and exemptions takes effect.

There will be many hoping that the chancellor can reverse some of the planned tax rises if the economic rebound is stronger than expected – especially Conservative MPs hoping for re-election.

For now though, the chancellor’s plans emphasise the importance of taking full advantage of the allowances, exemptions and thresholds that are available.

“Couples need to think of their finances as a unit instead of individually, and make use of both partners’ allowances,” suggests Eddie Grant, tax specialist at St. James’s Place. “Families need to pool their resources together to get the maximum value out of their wealth.”

That strategy can, and should, include considering the opportunities to invest tax-efficiently for children, whether by investing in a Junior ISA or a child’s pension. The Junior ISA annual allowance more than doubled to £9,000 last April, providing a significant and simple way to potentially create funds for the future financial challenges children will face. Yet in 2018/19, three out of four Junior ISA subscriptions went into cash1, undermining the long-term potential of investing through such a tax-efficient wrapper.

In these challenging times, the long-term financial future of our children might not feel like an immediate priority. But what the pandemic has illustrated starkly are the consequences of failing to plan, either collectively or as individuals and families. Investing some time now could be worth a lot more to our children in the decades to come.

Repairing the public finances was one of the main goals of last week’s Budget. One of the most significant moves for individuals is the expected freezing until April 2026 of the main allowances, thresholds and exemptions for Income Tax, Capital Gains Tax and Inheritance Tax.

To read our summary of last week’s Budget, click here. 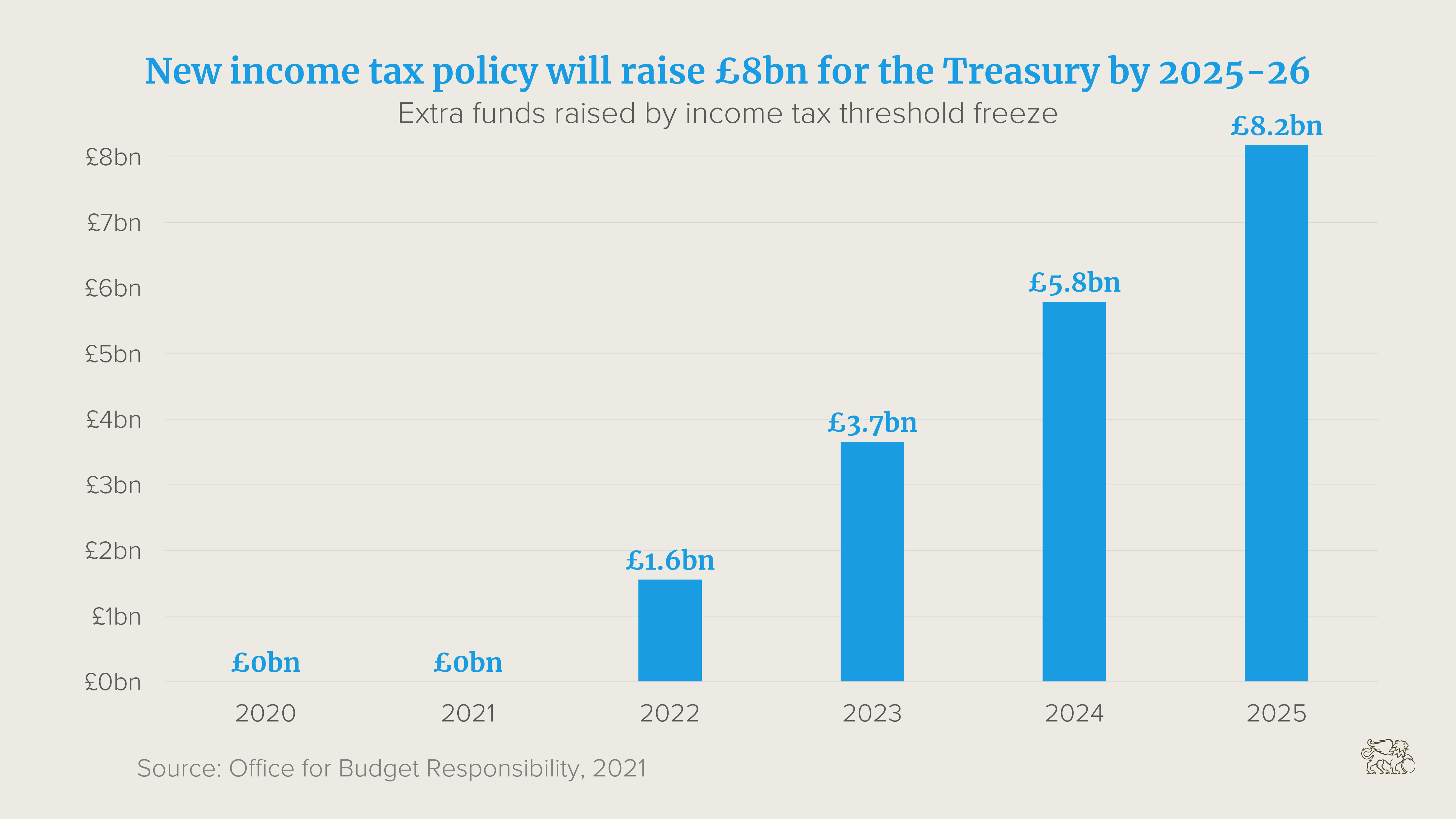 – The organisers of this year’s International Women’s Day.